Why to set up a VPN on router? 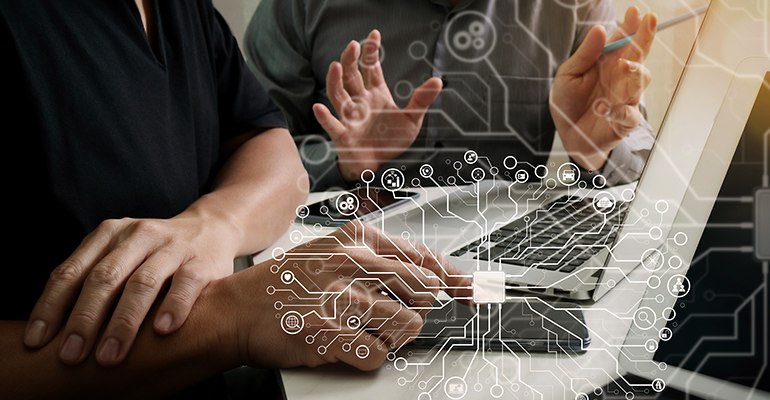 It’s important to stress out at the very beginning, that most modern-day VPNs support all major platforms. The list includes Windows, Mac, Android, iOS, Linux, and even streaming devices and gaming platforms (PS4 or Xbox One). They offer protection for up to 5 simultaneous connections (or even 10, as IPVanish does). So, what’s the reason for a regular user to install a VPN directly on a router?

By installing it on a router instead of each device separately, you’ll be able to protect more computers/mobile gadgets. While there are several benefits to this approach, flexibility is the #1 pro. Besides, this way, you won’t have to purchase protection for 3/5/10 connections and can go with the cheap 1-device plan. Of course, there are some technical points to consider, and we’ll discuss them all right now.

Benefits of Setting Up a VPN on a Router

With a decent router, you can rest assured that all of your devices are safe and sound. Plus, it will allow you to save a substantial amount of money and time (it’s easier to set up a VPN once than multiple times). Users that own more than ten gadgets (a big family is a classic example) will appreciate the convenience of using a single router for protection. Here are more pros of doing this:

Ease Of Use. As mentioned, with a router, you’ll free yourself from installing a Virtual Private Network on every device and configuring it to your liking. It is like a “cheat code,” as instead of securing one device, the VPN on the router will provide that same level of protection to multiple connections.

Protection For Non-Compatible Devices. When planning on using a VPN the more “traditional” way, you always have to check whether it supports smart TVs, gaming consoles, etc. A VPN router eliminates all of those concerns: any device with Wi-Fi will be protected. The router’s VPN will equally secure a PS4, an Apple TV, and all the other non-native devices in the vicinity.

Self-Execution. On a router, the VPN will automatically start itself and protect the network the second the router is turned on. For a person that uses multiple devices throughout the day, this feature will be of great help. It’s not rare for modern-day users to forget to switch their VPNs on before accessing the Internet.

Unblocking Of Geo-Restricted Content. These days, it is almost impossible to access the US- and UK-based content living outside of those countries. Yes, we’re talking about popular streaming services like Netflix, BBC iPlayer, Hulu, and even YouTube. With a VPN, you can access all of that blocked content with a couple of clicks. And with a VPN Router, that content will become available on your smart TV, PlayStation, pad, and other devices.

Complete Anonymity. While most people don’t want to hide their true identities when playing video games or watching Netflix, it is possible to do that with a VPN Router. Once it’s on, your IP changes, making it extremely hard for the government agencies and hackers to pinpoint your actual location.

Anti-Pouching. This term is used to describe a situation when another user connects to your Wi-Fi network and uses it without permission. By installing a VPN on the router, you protect your network from all and any uninvited guests. True, if you come up with a sophisticated enough password, buy a router with decent firmware, and disable WPS, a VPN might not even be necessary.

But for a regular user, it’s easier to let the VPN handle security. Furthermore, even if you do everything we just mentioned, there’s still a chance for the attacker to get access to your network. With a Virtual Private Network on the router, none of their criminal activity (like downloading a torrent, or something like that) will hurt you, as the traces won’t lead to your actual IP.

As you can see, there are quite a few benefits of installing a VPN directly on your router. Now it is time for us to take a look at all the possible drawbacks. First of all, although a VPN Router allows you to access geo-restricted content and watch your favorite shows, it can also cause some problems. Several online websites/platforms will block you once they detect you’re surfing using a VPN.

Please keep in mind that this applies not only to your Smartphones and computers, but also any other devices connected to the router. Furthermore, even the fastest Virtual Private Network will cause a significant drop in connection speed, which might be a huge drawback for some applications.

When connecting to a far-away server, you’ll experience even slower performance. This is something to consider when planning on using your PS4 to play online (we’re talking about competitive gaming) or doing something else that requires stable and high speeds.

Installing IPVanish on a Router

As one of the leading solutions on the market, IPVanish prevails in security, stability, speed, and affordability. Also, it works quite well with routers and uses the AES 256-bit encryption, OpenVPN protocol, and DD-WRT firmware. With this VPN, you can choose between buying a pre-configured router with IPVanish on it and configuring the service on your own. These pre-configured devices can be purchased at InvizBox and FlashRouters.

Manual setup isn’t rocket science, but it will require some basic knowledge. It is important to note that not every router on the market is compatible with a VPN. The first thing you’ll need to do is select your router on the IPVanish website and see whether the VPN supports it or not.

If your router is on the list, that means it’s compatible with IPVanish. Follow the instructions carefully and install a new firmware. You can choose between Tomato and DD-WRT.

It’s easy, but, again, be extra careful and remember that you install such software at your own risk. IPVanish or the manufacturer of your router won’t give you any refunds for a failed router.